The ProForm ZT4 Treadmill looks a lot like the ZT6 model. However, while the ZT4 model features a smaller tread belt along with a deck which has only one suspension cell, a less powerful motor, and just sixteen workout apps, the ZTE features lots more than that.

Hence, although ZT4 treadmill cannot be considered the ideal treadmill for distance running, it can still be used for running workout as it offers a range of training opportunities.

In this article, we review the ProForm ZT4 Treadmill as we look at what makes it so exceptional. Below are the characteristics of ProForm ZT4 Treadmill:

The ProForm ZT4 Treadmill features a structure which is welded with precision and is made of steel. There are only two metallic parts in the frame construction which are required to be connected by bolts. One of these is the console mast, which is connected using three bolts on each side and provides sturdiness to the whole frame. Unlike the ZT6 Treadmill, this treadmill does not have any of its parts covered with plastic; instead, all its steel parts are coated with anti-corrosive silver paint.

It is also designed to be foldable. The deck, which folds up, is connected to the left console mast by a pin. This machine, unlike other more expensive models such as the Sole F80, does not have a hydraulic unfolding system. To unfold the treadmill, it will have to be held and lowered.

Folding up the treadmill reduces its length by over half the original length, and what is left is approximately 30”L X 33”W (76cm x 84cm). However, the treadmill measures 65”L X 33”W (165 X 84cm) when unfolded; this size, unfortunately, may not fit into a small apartment and so is recommended for homes with ample space.

It has a front metallic base which rests on four rubber stabilizers that are non-adjustable while the rear deck has two wider feet which are made of sturdy plastic. The rear metallic base, on the other hand, merges the caster wheels thereby making it simpler to propel the machine. However, the machine should only be moved when it’s folded up. The ProForm ZT4 Treadmill is massive with a weight of 158lbs (cca 71kg)

This treadmill has a two-sided phenolic deck that measures ¾”MDF and lasts long enough to support users who weigh up to 300lbs (136kg). However, considering that the walking belt is only about 50″L X 18″W (127 X 46cm) and that it has 2.5HP motor, it should only be used for walking and jogging, although running is still possible since it supplies up to 10MPH speed. Running on this treadmill though is not recommended for those who weigh above 250lbs as the 300lbs weight limit is meant for walking and not running. The treadmill has two layers of belt that are of commercial quality and are stretch resistant. The deck makes use of crowned rollers of high quality which are used to give a firm grip on the walking belt. This crown roller, along with its quality ball bearings, also enables the rollers to function well for a long time.

Furthermore, the deck also has one cushioning cell which adds flexibility and can absorb shock from the running surface. It encourages workouts without so much impact, which is significantly lower than what is obtainable with walking, jogging or running on concrete or asphalt.

The ProForm ZT4 has a motorized incline system and hence can be adjusted from the console. The incline range is between 0% to 10% and can expand with more workouts. This expansion can take place slowly (1%) at a time by using the quick keys which range from 0 to 10 or automatically by using the onboard programs. The treadmill, which has a step-up height of approximately 8″ (20cm) can also be increased via the incline. However, it is recommended you add at least 15″ (38cm) for safe use of the machine. It has a 2.5 HP motor which can provide a speed that is up to 10MPH. This is powerful enough to enable running. However, it should be noted that it is not a continual power motor, unlike the ZT6 model and may overheat if used for an extended period at a stretch.

It also features keys on the console which are used for gradual or quick adjustment. Since it’s a motorized treadmill, it requires a power source to function more; specifically, it involves 120volt of the standard power circuit. It comes with 4 inches of power cable as well as three-prong standard plug and On/Off switch.

For the console, the ZT4 treadmill comes with a sound system which has two speakers that are compatible with MP3 devices. Also, there’s the fan with its two-speed setting and then a media tray which holds your phone or tablet and then two additional compartments on each side of the treadmill.

It also features LCD, which helps you keep track of distance, time, heart rate, and calories; it also shows your current speed as well as incline level. And then, there’s the fact that the console also has sixteen workouts which are pre-set and automatically adjust the incline and speed when used.

To assemble, you will need to connect the console mast, the console, and the handlebars; this whole process is easy and simple and can be done in forty-five minutes. However, it will require two people to get the work done as the machine is massive and has to be placed on a mat to achieve maximum stability. You will need a hex key to screw some parts of the machine and a screwdriver as well. The good news is that it comes with a step by step manual to guide you on what to do.

To maintain the ProForm ZT4 Treadmill, one of the things to do is to keep the belt clean and free from dirt and other materials that may be pulled into the machine. Lubrication is not often required since it is pre-lubricated with a high-grade lubricant, but if it’s used for an extended period, then lubrication will have to be repeated as often as possible.

Pros and Cons
It has a sturdy framework
It is foldable, hence saves space
The deck is cushioned, and it has a motorized incline
Easy to assemble and requires low maintenance
It has a quiet operation and has 16 workout programs
It has no custom user program
Its power cable is rather short
The fan is not powerful

Some posts may contain affiliate links. SportsTopics.com is a participant in the Amazon Services LLC Associates Program, an affiliate advertising program designed to provide a means for sites to earn advertising fees by advertising and linking to Amazon.com. As an Amazon Associate we earn from qualifying purchases 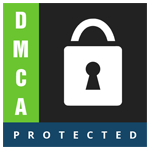